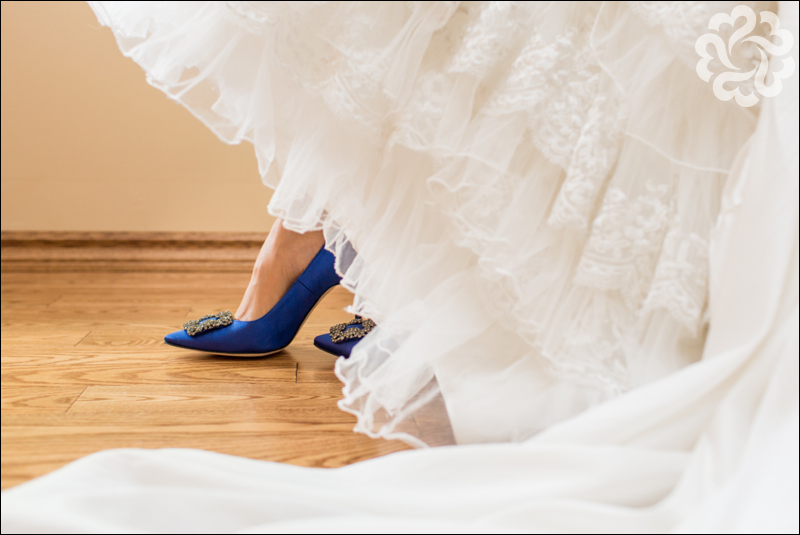 Dad: “If that kid is going to be there, then I’m not coming to your wedding.”

The “kid” to whom he was so rudely referring was my half-brother.

I got married six years ago, so the story I’m about to tell is very much in the past. The only reason I’m writing about it now is because a good friend reminded me of it recently. She told me she used my behaviour as a model for how to deal with her own difficult (read: ethnic) parents, and that I should consider sharing this story because it could help other people dealing with similar challenging parent personalities (whether ethnic or not).

It’s important to mention up front that I have a very good relationship with my dad and I love him very much. But loving someone doesn’t mean thinking they’re perfect. Really loving someone means seeing them for who they are (the good AND the bad) and loving them anyway. Keep this in mind as you’re reading.

Here’s how I responded to my dad’s ultimatum / threat.

And if I had to do it over again, I would respond in the exact same way.

Context is everything, so let me give you a brief family history.

The Wedding and The Ultimatum

We were planning a very small wedding – only 20 people sitting at one long table. We wanted it to feel intimate like a big family dinner. The guests were immediate family only with the exception of a few close aunts and uncles, and one VIP grandma. We didn’t invite any friends at all – that’s how exclusive the guest-list was.

I can’t recall exactly how it came up, but many months before the wedding, my dad must have asked me something about the seating arrangements, which, given the fact that there was only one table, I was able to draw for him on the back of a scrap piece of paper. As I described to him that my mom would be sitting between both of my brothers (my full brother on one side and my half-brother on the other), he looked up at me, shocked.

Me: “Yes, of course he is.” I was confused by the stupidity of this question.

Dad: “Why would he be coming to your wedding?”

Me: “Because he’s my brother.” Dad was two for two on the dumb questions.

Dad: “If that kid is going to be there, then I’m not coming to your wedding.”

It took his words a second to register in my brain. It was just so shockingly juvenile. A bystander could have easily misunderstood the pause in the conversation to be an internal struggle on my part. But it wasn’t. Not at all.

It was the only possible response.

Was He Bluffing? It Didn’t Matter. I Needed To Take Calm, Decisive Action.

It’s important to understand that I wasn’t trying to call his bluff. I had neither the time nor the interest in determining whether or not my dad was bluffing. I had zero intention of participating in this game of his.

I just needed to be clear with him about what I was going to do (this was me taking calm, decisive action) so that he could make his decision.

What I was going to do: Have my half-brother in attendance at my wedding, irrespective of my dad’s threat.

What my dad could do: Attend or not attend.

If, through this process, a bluff reveals itself (which in my case, it did), that’s just a secondary side effect of taking calm, decisive, action. It shouldn’t be the primary objective.

I also had to be 100% ok with the outcome, which I was. I couldn’t control his behaviour. The only thing I could control was mine. And I was not prepared to reward bad behavior.

As the conversation continued, I tried to be crystal clear about what I was going to do and what his options were. It was not up for debate or discussion.

Me: “I’m not un-inviting my brother to my wedding. He will be there. If you don’t feel comfortable attending in light of that fact, I’ll respect your decision. It would be nice if you were there, but I’m not going to beg you.”

The Reality vs The Manipulation

The reality: My dad’s decision about whether or not to attend my wedding was entirely his.

Let me remind you that my half-brother was twelve years old. He was an innocent kid.

I didn’t get mad at him. I didn’t throw a tantrum. I didn’t beg him to change his mind. He didn’t bring it up again, and neither did I.

I continued to visit and interact with him as usual. We continued to have regular family dinners at his house with my other siblings. When the topic of the wedding came up, I talked about it without hesitation, the way I alway did.

We had both made our positions clear. There was nothing further to be said on the subject.

Don’t get me wrong, I was definitely bothered by the whole thing. I’m not a robot. My feelings about it were somewhere north of annoyed and south of angry. I didn’t share those feelings with my dad. And since my dad was not entitled to any sort of confidentiality, I vented freely about the ridiculousness of the situation to Steve’s family, and I told my mom about it.

Your Parents Don’t Need To Be Ethnic To Be Manipulative

To my non-ethnic friends, this may seem like an extreme example of parental manipulation.

Maybe their parents aren’t as messed up as mine, or maybe they haven’t seen their parents’ flaws yet. But nobody’s perfect. We all behave badly from time to time, it just might be to varying degrees.

Here are a couple of examples of manipulative statements that my non-ethnic couple-friends have heard from their parents:

“I don’t want to die without ever meeting my grandchildren.”

Their parents are in perfect health, and the couple is not anywhere near ready to have kids.

“If you get a pet cat then we’ll never be able to visit you because your father is incredibly allergic.”

This couple lives far enough away that their parents only visit a few times per year. And the allergy is not life-threatening; over-the-counter medication could solve that problem.

These examples, if not managed, could have had a direct impact on these couples’ relationships (e.g. their decisions about whether to have children, or adopt a family pet).

This makes it all the more important to be aware of the more subtle manipulations and to learn to navigate them properly.

Your Parents = Your Problem

If the problem is your parents, then it’s your problem to solve.

Your partner is there to support you, but it’s not their place to handle these issues for you. If your partner interferes, they risk earning resentment from you and damaging the relationship they’ve built with your parents.

This rule applied equally to me and my (then) fiance, Steve. It was not his place to get involved with the issue with my dad. Steve and my dad had (and still have) a great relationship, which needed to be protected. Steve’s role was to be supportive of me and how I was handling it (and to listen to me complain, from time to time).

He Changed His Mind. It Was Anticlimactic.

A week or so before the wedding, my dad showed me a suit and asked if I liked it.

Dad: “I bought it to wear to your wedding.”

Me: “Huh? You said you weren’t coming to the wedding because my half-brother was coming.”

Dad: “I wouldn’t miss my own daughter’s wedding.” His tone suggested that he was planning to attend all along.

And that was it. No further discussion. No apology.

He’d changed his mind, and it was anticlimactic.

Why I Wasn’t Angry

Someone else in my shoes may have gotten angry. They may have even given their father a hard time when they were told he was planning to attend the wedding after all, or maybe they would have become overwhelmed with joy and relief.

I felt (and did) none of these things.

My parents lost their ability to pull my emotional strings when I was twelve years old. Their decade-long divorce showed me how flawed (and human) they are. They couldn’t hurt or disappoint me because my expectations were so low. My dad, especially, had a history of bad behaviour. I’d had practice dealing with his particular flavour of nonsense and manipulation.

This wasn’t a good or a bad thing. It was just a thing. It was the reason I was able to see a clear path through this situation without being clouded by feelings of guilt or shame.

The way I handled my dad would be frowned upon in Iranian culture. Iranian children are supposed to respect (and show deference to) their elders, even if their elders are being unreasonable.

This is the reason why my friend found observing (and copying) my approach so helpful. Guilt and shame were his constant companions making it difficult for him to see the reality of his own parental problems vs the manipulations buried deep within it. With cultural expectations layered on top of the whole thing, it was no wonder he was having a hard time.

This wedding story was just one of many difficult family situations I’ve dealt with in my thirty-seven years. I’ve weirdly become a bit of an expert at dealing with difficult parents.

It was not fun digging up the details of this particular memory, and it wasn’t easy to share a story that paints an unflattering picture of my father, but I did in the hopes that it might help someone else navigate their own challenging family situation.

If you decide to comment on this one, please omit any harsh words about my dad. I will delete comments that don’t respect this rule. Reminder: he’s still my dad, flaws and all, and I love him.

Until next time, please stay safe and healthy,

One More Thing Before You Take Off

If you’ve found this helpful, consider sharing it with a friend.

I would love to hear from you so please get in touch. Email me (nelly.mosstaghimi@gmail.com), add a comment below, or message me on Twitter (@nellymosstag).

*A big fat THANK YOU to Manifesto Photography for ALL of my other wedding photos. They’re incredibly talented and lovely humans. I’m not getting paid for saying this 🙂

**When I use the term “white guy” I’m referring to someone of European descent but whose parents were born and raised in Canada. My parents (funnily) refer to “white people” as “foreigners” (pronounced Khareji in Farsi) because from the perspective of an Iranian immigrant a Canadian is from a country that is foreign to them.

***I’m referring to him as my “half-brother” for the purposes of story-telling only so that you, the reader, know to which sibling I’m referring. In my real life, I don’t distinguish between any of my siblings (whether half or full).